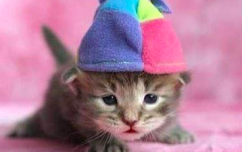 The Norwegian is a large cat, with a long body and solid structure. It is leggy with substantial bones, the rear ones being slightly higher than the front.

The tail, thick at the base, should be as long as the cat's body. Returned to the head, it should reach the base of the neck. It is very bushy, and the Norwegian likes to wear it upright when moving.

His neck is long enough and well muscled. The Norwegian's head has the shape of an equilateral triangle, and presents a straight and long profile, without break, with the top of the head slightly rounded.

The chin should be strong and not shifty.

The ears accentuate its triangular shape by extending it on the two sides of the face which are flat (without pinch). They are high, broad at the base, well opened, and furnished with hairs inside as at the end where the plumes of lynx are sought.

The eyes of the Norwegian are large, wide open, and set slightly at an angle. They have an alert expression.

The fur of the Norwegian is mid-length type. The hair is longer on the back, at the tail, at the back of the thighs, where it forms panties, around the neck where it forms a ruff and a crop. It is double: the undercoat is provided and woolly, the outer coat is waterproof and smooth. It is very difficult for water to penetrate inside this fur which serves as an ideal insulation. The Norwegian therefore tolerates very low temperatures very well and can live outside all year round without risk. On the contrary, the heat of the radiators does not promote the maintenance of a developed fur.

All colors are allowed except the Siamese pattern and chocolate, lilac, cinnamon and fawn colors.

There are also unicoloured Norwegians (black, white, blue, red, cream), two-tone (these same colors with all amounts of white), "tortoiseshell" (black / red or blue / cream) with or without white , "silvers tabby" and "smoke" (silver non tabby) with or without white. And all colors can dress a tabby, marbled or spotted pattern.

All eye colors are accepted, regardless of fur color 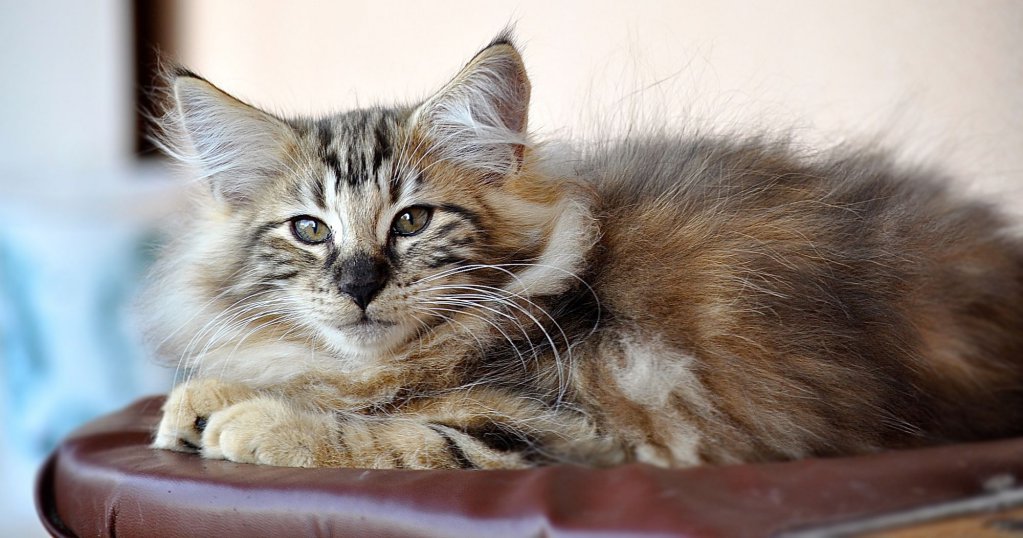